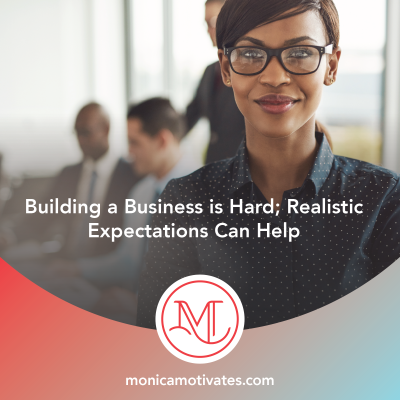 As a business leader, you have a compelling vision for your company and want to inspire others to buy-in and follow you. But feeling obligated to put a positive spin on the struggle to succeed may not be the best way to prepare for the challenge, or to motivate others to join the fight.

In his book, The Hard Thing About Hard Things, venture capitalist, co-founder of Opsware and best-selling author Ben Horowitz, argues that realism and honesty can help entrepreneurs and business leaders dig in for battle and engage others in problem solving when things invariably get tough.

Horowitz is clear that he is not a fan of some of the most popular management and entrepreneurship books. Where most talk about how to set audacious and motivating goals, Horowitz says they are often silent on what to do when you fall well short of goals. Starting a company and even developing a product or service is often the easy part, he says. “But then you get into market and nobody wants it and it gets real hard real fast,” he said in an interview with Stanford University.

Ditto for becoming a leader. Horowitz refers to being a “wartime” CEO trying to succeed in often combative, highly competitive environments where decisions have to be made in rapid fire and under a lot of uncertainty. “It’s not natural, but as a CEO and as a manager, you have to evaluate people’s performance, you have to correct them, you have to make sure they are on task — and you have to learn how to do that in a way that everybody doesn’t hate you all the time,” he says.

He admits to high anxiety and sleepless nights. “I would literally be up at 3 o’clock in the morning and think, why didn’t any of the management books I have read help at all?” he shared in an interview with TechCrunch.

Despite the challenges, Horowitz has been radically successful; Opsware was acquired by Hewlett-Packard in 2007 and his venture capital firm Andreessen Horowitz manages more than $4 billion in assets. Here are some key lessons from his School of Hard Knocks:

If it were easy to found and grow a new business, Horowitz would have titled his book something like, From Entrepreneur to Easy Street. He called it The Hard Thing About Hard Things to counter what he sees as an over-reliance on positive thinking at the expense of developing realistic expectations and approaches that can help you weather the journey. Perhaps the most important lesson he offers is in his final advice: “Embrace the struggle.”